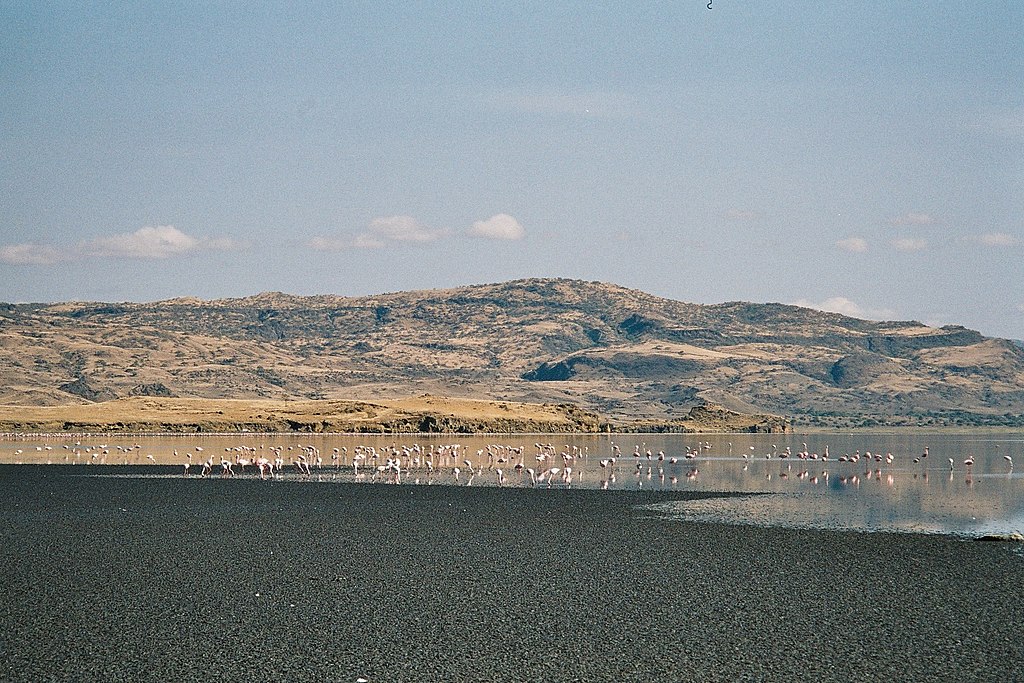 Close to the Kenyan border in the Arusha region lies Lake Natron – the salt and Soda lake in Northern Tanzania!

Lake Natron is a shallow lake, and is around  9.8 ft deep, is a maximum of 57 kilometres long and 22 kilometers wide. The area around the lake  receives irregular seasonal rainfall.The temperature at the lake is mostly around 40 degrees C.

The lake got its name due to the mixture of salt and minerals, called natron, that  are revealed when the water’s level comes down. Natron is a compound that occurs naturally and  comes from volcanic ash,  mainly consisting of the chemicals sodium carbonate and sodium bicarbonate.

Although being one of the  most serene lakes in Africa,  it has become a favorite with photographers who say the images they click look like a living animal just turned to stone.

Lake Natron source of water are some springs that are rich in minerals, making the lake highly alkaline, reaching a pH of 9 to 10.5. which is higher than the pH of sea water which is between 7 to 9 .

All these attributes, make Lake Natron one of the deadliest in Tanzania. 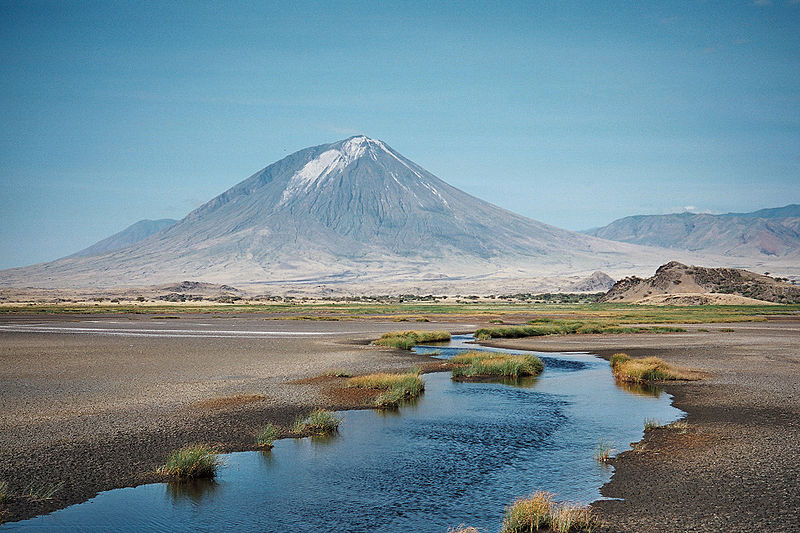 Due to the presence of these chemicals and salts and the microbes that feed on them the lake looks red, pink, and orange at times. The salt content in the lake is so high that most animals cannot survive there and animals that die in the lake are turned into statues, through calcification.

However it still is a favorite of lesser flamingos that breed on the lake. These flamingos feed on the blue green algae that grow in the water and are one of the living beings that can  survive around the lake.

Despite all of this, the lake remains one of the main breeding grounds for lesser flamingos, a species who’s status of ‘near threatened’ is a direct consequence of its dependence on Lake Natron for breeding purposes. During periods when there isn’t much rain, the lake’s water level decreases, revealing salt islands, on which birds build nests. The blue-green algae that grow in the water, in turn, feed on the birds nests. Animals that die in the lake are turned into statues, through calcification and appear as if they have been soaked in cement.

All these attributes make Lake Natron a must visit if you are in Tanzania!

Your packed lunch boxes and mineral water will be there for you in the safari vehicles and you enjoy it while on your safari.

After a full day safari in Lake Natron, you will be taken to an Asanja hand picked lodge where you can unwind for the day.

The Government requires you to pay park entrance fees when you visit the Lake Natron. You can read about the park fees here