Maasai are an ethnic group living in Northern Tanzania, Central and Southern Kenya . They are the famous  local populations due to their resident population near many game parks of Africa. They can be easily  distinguished by their customs and dress. The language of the  Maasai speak is called Maa! 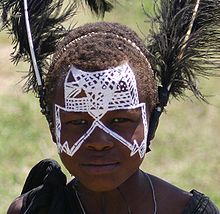 According to their widely popular oral history, the Maasai originated from the lower Nile valley  and then started  migrating sout , to Northern Kenya to  Central Tanzania between the 17th and late 18th century.

Considered one of the tallest people in the world with average height of 6 ft 3 inches, the Maasai community lead a  traditional semi-nomadic lifestyle, and  have continued their age-old customs.

Traditionally, the Maasai diet consisted of raw milk, raw meat, and raw blood from cattle.Today, the stable diet of the Maasai consists of cow’s milk and maize-meal.The famous food is a  solid porridge  known as ‘ugali’ and is eaten with milk.

Maasai love their music and dance.They have a song leader called Olaranyani who sings the melodies and the music is  consisting  of rhythms that is  provided by a chorus of vocalists singing harmonies. 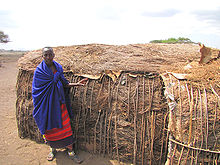 Maasai and their  cattle

The Maasai tribe has a deep relationship with their cattle.  This close  bond lead them into following a nomadic way of life and move according to availability water and food  for their large herds of cattle. 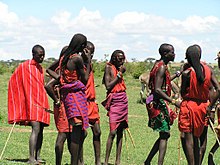 Traditionally Maasai used to be  dressed in animal skins, but the modern day Maasai  dresses in sheets called “shuka”mostly red in colour which they  wrap around the body. They team it up with lot of traditionally made beaded jewellery in their hands and neck. Occasionally they may change into differently colored sheets.

Maasai place a lot of beauty in Ear piercing, and both men and women can be seen  wearing metal hoops on their stretched earlobes.

Labor work  among traditional herding Maasai isvery clearly divided. The man’s responsibility is to protect his cattle  and find them good pasture land and water sources. Women take charge of raising children, maintain the house, cook, and do the milking of cattle .

When you plan your Safari with Asanja, your Asanja private safari includes a visit to a Maasai Village. You are driven to the Maasai Village in your private 4×4 safari vehicle and a cultural program is arranged by the Maasai people.

You also get to visit their homes & the schools. Keep in mind the Maasais expect to the tipped before you leave the Maasai Village. A good tip is anything above USD 50.

Contact us to start planning an incredible African Safari: